LA is one heck of a place for engagement photos because there are so many types of locations to shoot at. Whether you are wanting to go with the usual beach engagement shoot, city scape shoot or even a desert vibe shoot, LA has so many engagement session locations. And before you think” there’s no desert close to LA! Joshua Tree is 3 hours away!” You’re wrong and I found the perfect alternative to Joshua Tree and it’s thirty minutes outside of Hollywood. Vasquez Rocks is the most beautiful desert engagement session location in Los Angeles.

Stephanie and Juan had originally planned to have their wedding and engagement photos done in Joshua Tree National Park but later decided to do something closer to their home in LA. When they decided on some LA engagement photos but still wanted a desert vibe I was like oooh I know the perfect place! I’ve been wanting to shoot at Vasquez Rocks in LA for a long time so I sent them some examples of photos and they loved it!

On the day of the shoot I got to Vasquez rocks a little early to scout out the best possible spots around the nature park. It’s unreal! Vasquez Rocks looks like it’s on a different planet! It’s a desert landscape right outside of Los Angeles and is the perfect location for a unique LA engagement photoshoot.

Stephanie and Juan met up with me at Vasquez Rocks right before the sun set and it was packed! We walked around some of the beautiful trails and talked about their upcoming wedding. As the sun went down more, people started to leave so we went over to the main rocks to get some epic photos before the park closed. Check out their LA engagement photos at Vasquez Rocks below to see all the amazingness we captured together. These two are some of the coolest people I’ve ever got to work with and I’m so so excited to shoot their LA wedding later this year yay! 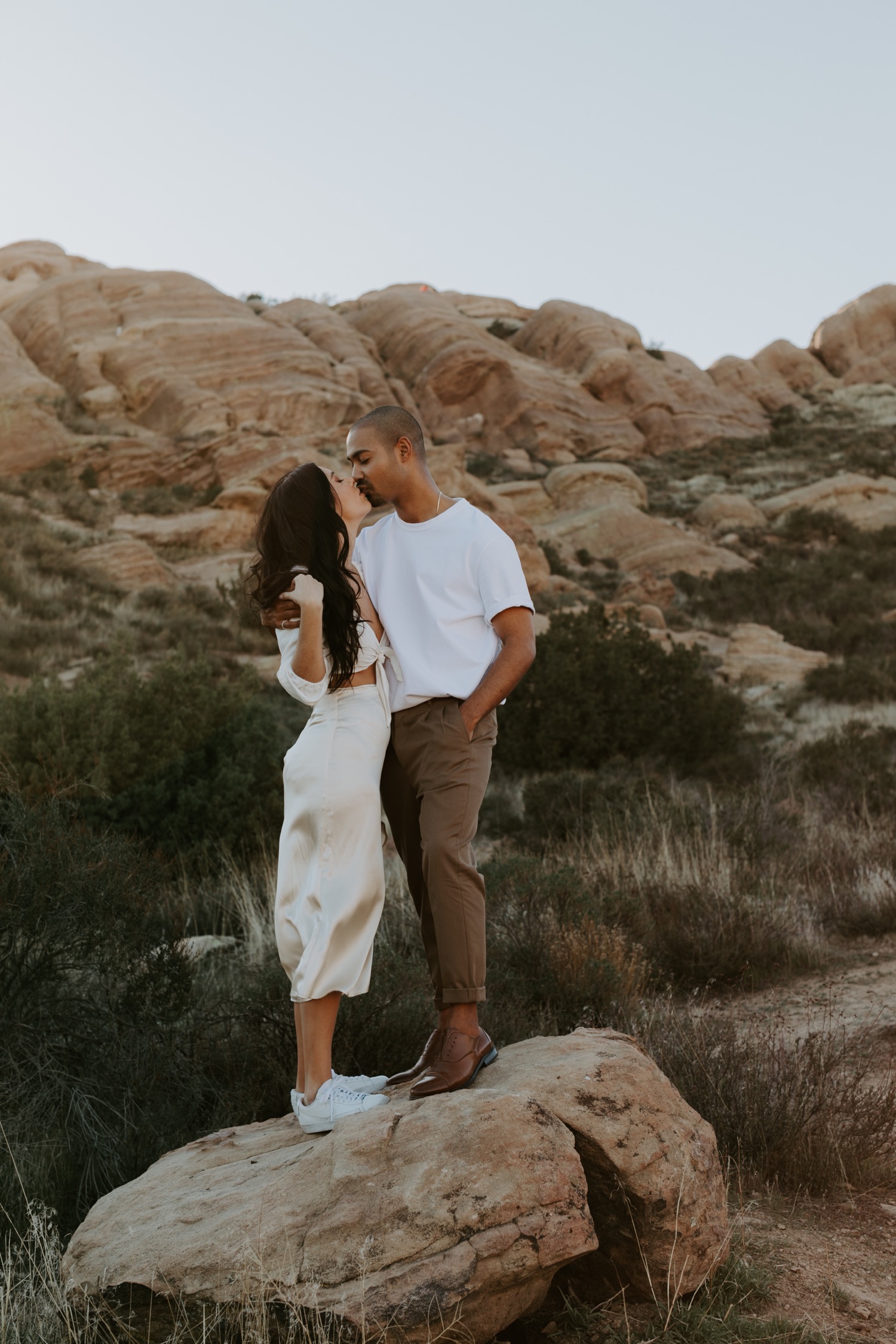