Alyx and Bryan are from the east coast but moved to San Francisco a few years ago. They got engaged on baker beach a few months ago and so it was fitting to do some San Francisco city engagement photos! I got to drive up to San Francisco a few weeks ago to adventure around San Fran with these two and it was a BLAST! We met up in the Presidio area and discussed what spots meant the most to them and decided on three perfect shoot locations. The great thing about doing San Francisco engagement photos is that you get such a variety of locations in such a close proximity. We walked up to the first kind of woodsy area we could find. We shot there for a few minutes before heading to Crissy Field. They told me about their plans to check out wedding venues on the East coast because that’s where their families are. We joked around and got some of the cutest photos over on Crissy Field with the golden gate bridge peaking into the frames. I love that they incorporated the city into their engagements because it just represents this chapter of their lives together. We ended their session over on the Lyon street steps that looks over the bay and city. It was probably the best view I’ve ever seen in San Francisco! Better yet, They live right up the street! So jealous! The whole afternoon was so perfect and I loved shooting with these two super sweet souls! 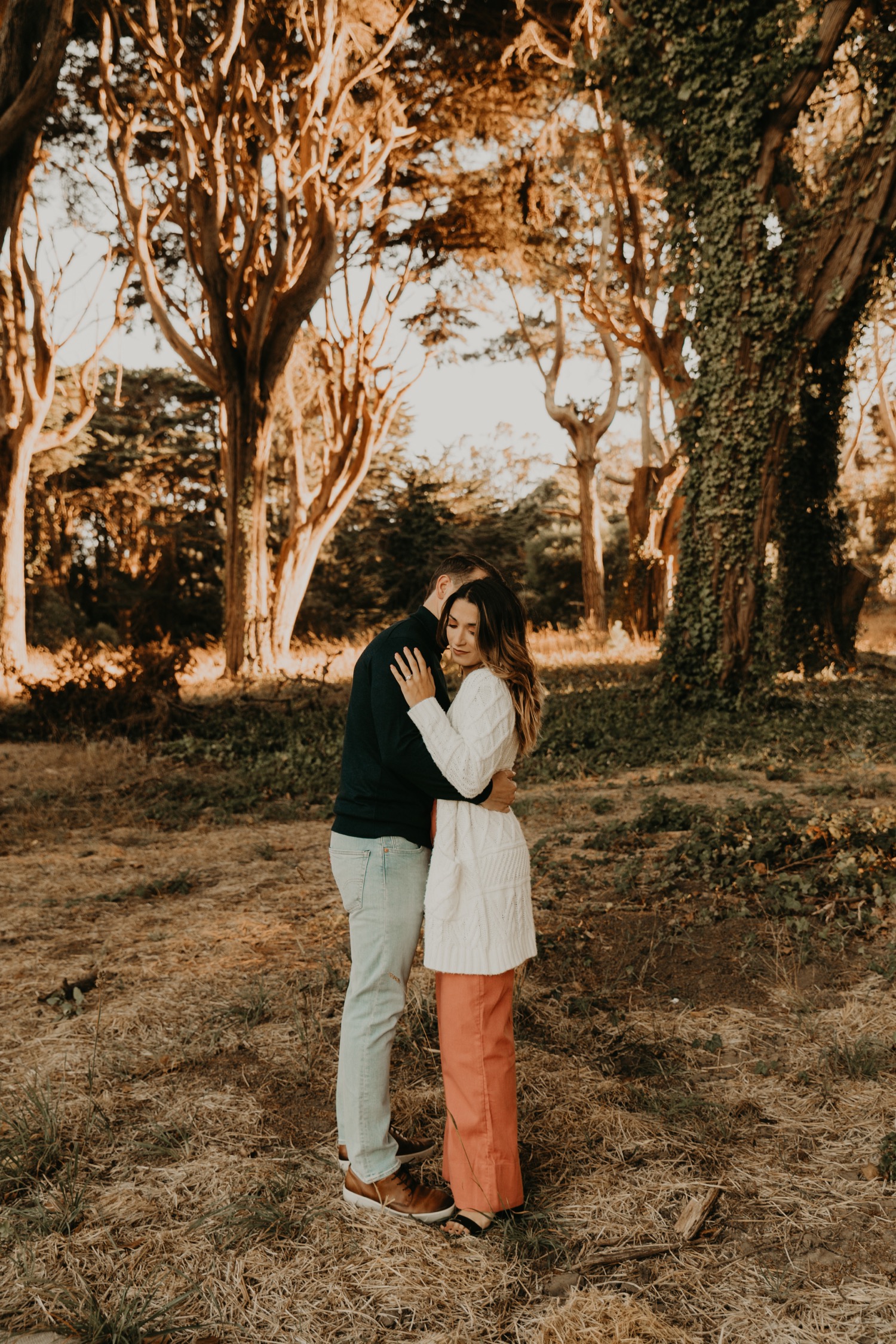 2 Comments on San Francisco engagement photos at the presidio