For all my city lovers who are wanting to do their engagement photos at the San Francisco embarcadero, get there early to beat the crowds and have pier 7 to yourselves. Its so worth it! Also nothing beats a calm morning in the city. Its such a different world when the city is quiet and you get to explore the town with the best couple. 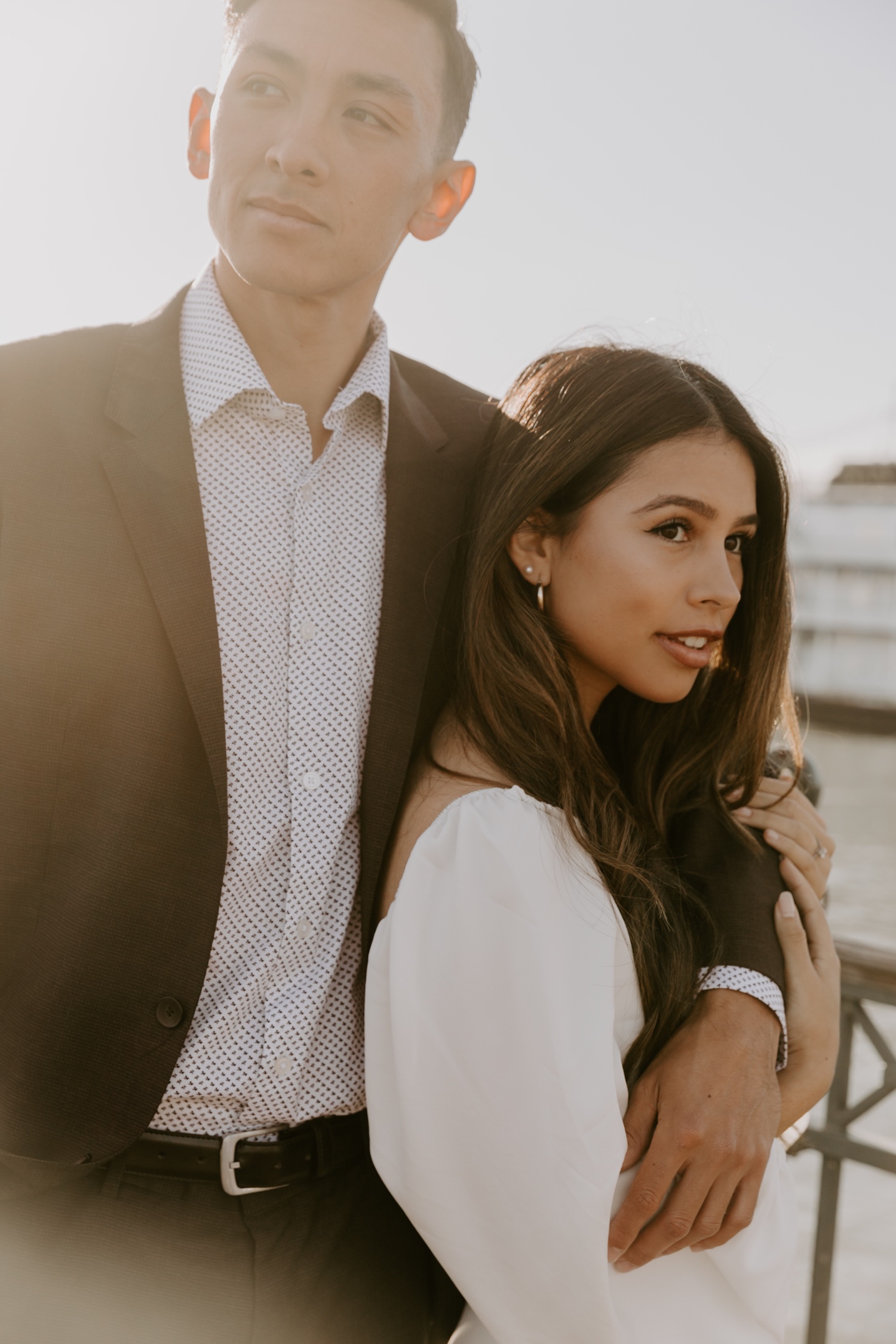